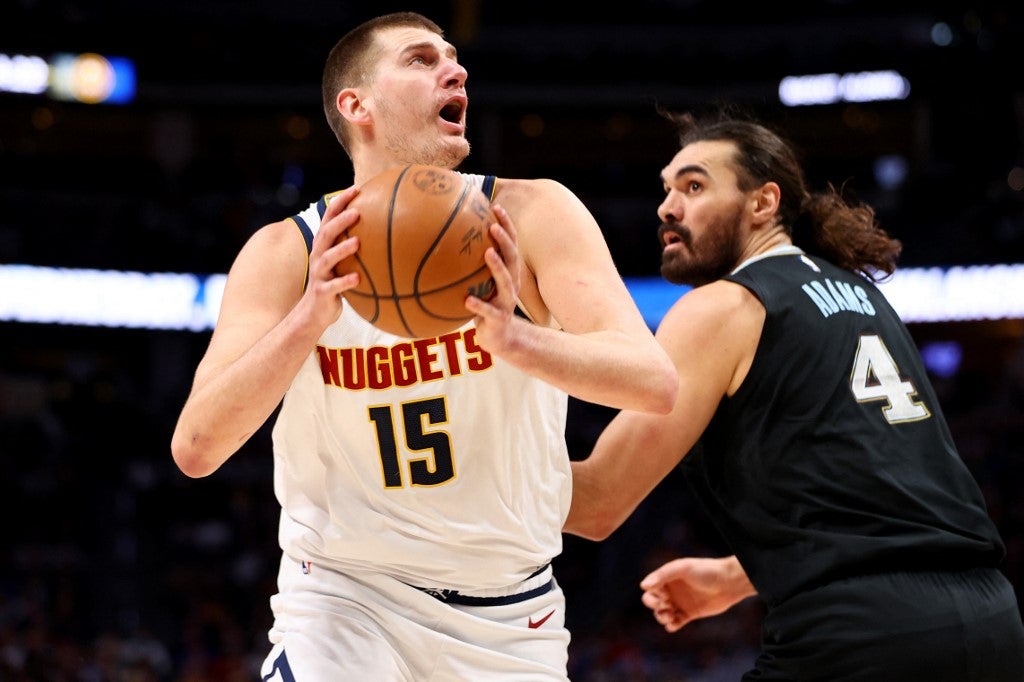 Nikola Jokic #15 of the Denver Nuggets drives past Steven Adams #4 of the Memphis Grizzlies in the first quarter at Ball Arena on December 20, 2022 in Denver, Colorado. Jamie Schwaberow/Getty Images/AFP

The Nuggets played without guard Jamal Murray, who was dealing with soreness in his surgically repaired left knee. Murray shot 2-for-11 in a win over the Charlotte Hornets on Sunday while dealing with the knee ailment.

Ja Morant had a game-high 35 points to go with 10 assists, Dillon Brooks scored 11, Brandon Clarke had 10 and Steven Adams grabbed 10 rebounds for Memphis, which has lost two straight since a seven-game winning streak.

Watch every dime from a night of RIDICULOUS Nikola Jokic assists ⬇️ pic.twitter.com/DSwUU0kJDX

Jeff Green opened the second with a flying dunk to give Denver a 23-point lead and prompt Memphis coach Taylor Jenkins to call a timeout 22 seconds into the quarter.

The Grizzlies responded and got the deficit down to 14 points twice, but Denver increased its lead to 18 before Morant hit a 3-pointer with 32 seconds left to make it 55-40 at halftime.

Morant came out strong in the third quarter, scoring six points and assisting on another basket to get Memphis within 62-53. Jokic hit a 3-pointer and fed Braun for a dunk before Caldwell-Pope dunked off a block to make it 69-53.

Vlatko Cancar and Braun hit 3-pointers to get the lead back to 20 with 3:34 left in the third quarter. The Grizzlies went on a 12-2 run to climb within 10, and they trailed 84-71 entering the fourth.

Memphis got within 10 in the first minute of the fourth and then made it 92-84 with 6:22 left. Gordon answered with a dunk and a corner 3-pointer to put the Nuggets ahead by 13.