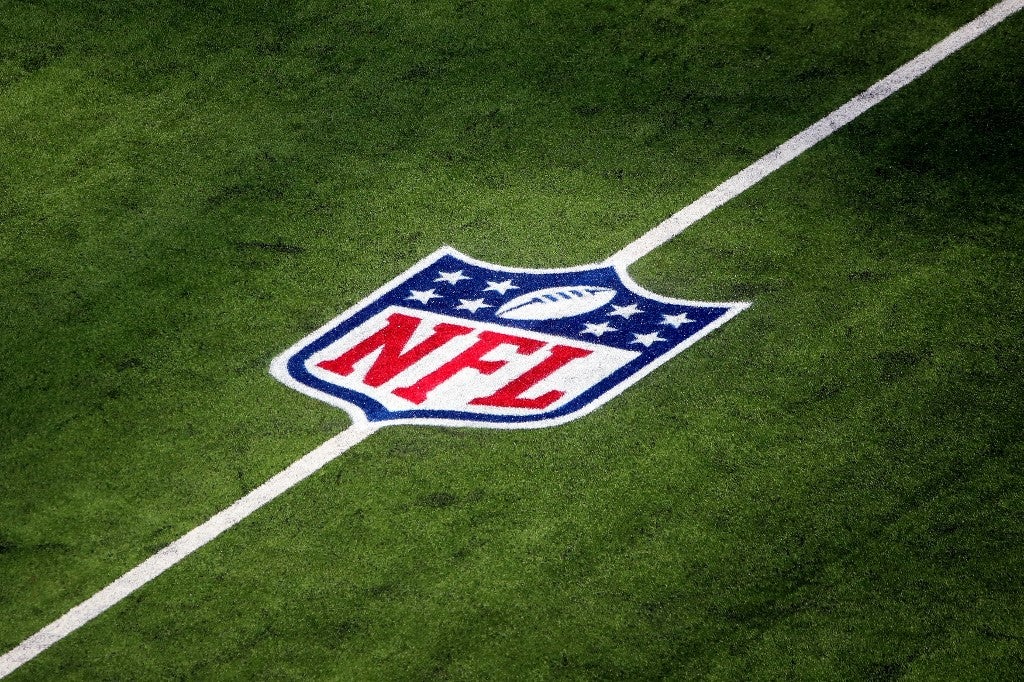 A general view of the NFL logo on the field is seen before the game between the Arizona Cardinals and the Los Angeles Rams at SoFi Stadium on October 03, 2021 in Inglewood, California. Katelyn Mulcahy/Getty Images/AFP

The YouTube video platform has won the right to broadcast most NFL football games in the US next year, it announced Thursday, a major win by the Google subsidiary that underscores the growing role of streaming in sports.

Google will pay around $2 billion a year over seven years, US media reported, for the right to broadcast Sunday games on its subscription YouTube TV service, available only in the United States.

YouTube TV subscribers, who now pay $64.99 a month for a viewing package, will have to pay an added fee — as yet undetermined — to view the games, or they can view them on an a-la-carte basis on its YouTube Primetime Channels platform.

They will not be able to see games involving their local teams, which are covered by a separate contract.

Moreover, YouTube TV will not have exclusive rights — the Fox and CBS networks will continue to share some broadcasting rights within the United States.

National Football League commissioner Roger Goodell welcomed the development, saying it ushered in a “new era of how fans across the United States watch and follow the NFL.”

For years the NFL has built a growing presence on YouTube, with videos offering game summaries and highlights.

That has allowed the league to reach a younger audience — one that favors short, punchy videos over broadcasts of full matches, which can last three hours or more.

“This partnership is yet another example of us looking towards the future and building the next generation of NFL fans,” Goodell said.

The NFL’s official YouTube channel currently has more than 10 million subscribers, who regularly watch short videos showing high points from one of the world’s most powerful sports leagues.

The rights being purchased by YouTube TV were previously held by satellite operator DirecTV, which paid the NFL around $1.5 billion a year, according to several US media.

YouTube TV has more than five million subscribers, and hopes the new deal will help it greatly extend its reach.