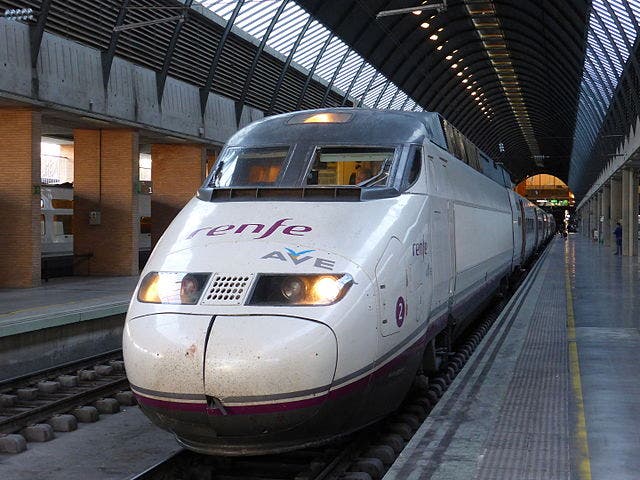 AT 12.33 p.m. on December 23, 2007, eight minutes ahead of schedule, the AVE arrived at a brand new María Zambrano Station, the first high-speed train to connect Malaga with Madrid.

This milestone completely changed the connection between Malaga and the Spanish capital, connecting both cities in less than two and a half hours—almost three hours when stopping in Antequera and Cordoba.

With the connection, Malaga became the first coastal city to be served by the high-speed train.

“It was a spectacular project, with all the most advanced technology of the time and with a very complicated orography in the area near Malaga”, said Ángel García, Adif’s Deputy Director of Southern Stations and head of María Zambrano Station, during a meeting on the platform in Malaga to commemorate the 15th anniversary of the infrastructure.

The works that developed the 150-kilometre track lasted six years with a €2,500 million investment.

Since then, more than 30 million people have used this line connecting the two cities, a link that has proved to be one of the most influential factors in boosting Malaga’s economy, tourism and culture.