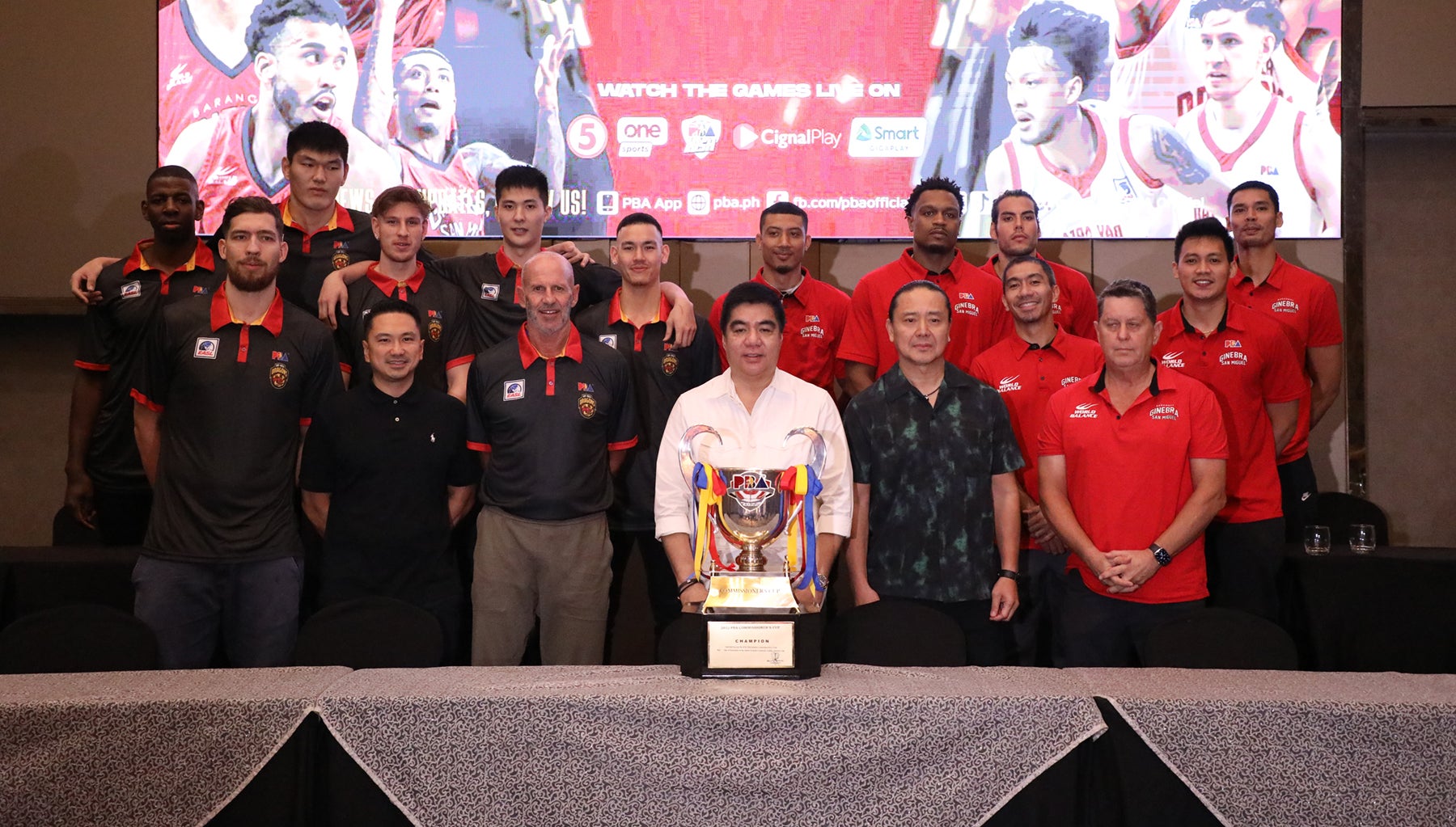 MANILA, Philippines—Barangay Ginebra and Bay Area plunge into their best-of-seven race for the Philippine Basketball Association’s midseason crown, with both sides knowing all too well the massive stakes.

The Gin Kings believe it’s their duty to play for the league and this cage-crazed nation’s pride, while the Dragons understand they stand at the precipice of history.

“It’s out of the ordinary, it’s different. I’ve never coached against a coach like (Brian Goorjian), matched wits [with someone like him] and our players haven’t played against these kind of guys either. So it’s all new,” Ginebra coach Tim Cone said during the championship series’ kick off presser Friday at Novotel Manila in Cubao.

“And anything that’s new can be exciting. We’re all excited,” he went on.

That excitement is not lost on his counterpart, the Aussie mentor who is best known for steering the Australian national team to a bronze medal in the Tokyo Olympic games.

“Playing in Australia where it’s a third-tier sport, and you’re in a country where it’s number one? In a stadium that will be packed? With passionate Filipinos cheering their team? Nothing could be more exciting,” said the Dragons’ tactician Goorjian.

Ginebra will try to defend, as Cone put it, “home turf,” and is looking to keep the visitors from becoming the first guest club to win it all since Northern Consolidated back in the 1985 Reinforced Conferece and the American crew Nicholas Stoodley during 1980 Invitational Championship.

The Gin Kings, bannered by reigning Most Valuable Player Scottie Thompson and the indefatigable Justin Brownlee will enter the clash as the underdogs, owing to the enemy’s towering roster and overseas-tested crew.

Meanwhile, the Dragons have opted to go all the way with Canadian standout Andrew Nicholson and will try to draw more from Glen Yang, and Kobey Lam in hopes of making the most out of their trip here in the Philippines.

The duel opens at Mall of Asia on Christmas Day and could culminate at the cavernous Philippine Arena on January 13 if the series goes to a decider.

“To me, this is one of a kind. We’ve done this before not quite like this. This is all one of a kind,” said the 24-time PBA champion Cone.